Our knowledge of the public transport system here improves every day. People are also very helpful when we need it.
In a city which has seen so much devastation & dislocation, you'd expect there to be a lot of memorials. The ones we have seen are all very poignant & tasteful. 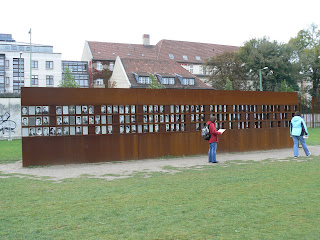 Memorial to the victims of the wall. There would be many more victims, but these are all identifiable & documented beyond doubt. It's rusted metal with the names engraved under each photo window.
This is within a wall memorial, which is being built around the 2nd wall remnant, which include a guard tower. 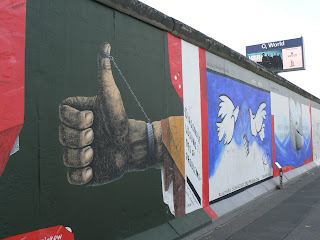 Wall art. The third remnant is 1.3km long & is an outdoor gallery called the East Wall. Various artists have done sections, and some seem to be general graffiti. 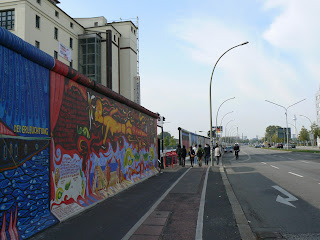 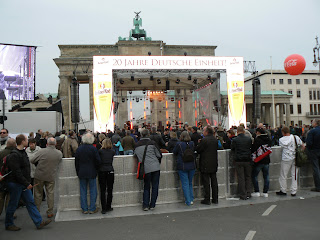 Saturday night & the party is getting started. 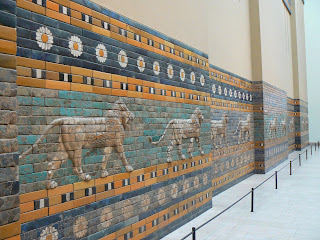 This is what you can do with a mud brick! They have been glazed & baked & used in this extraordinary way along the sides of a processional road from the gate of Ishtar, shown below. (I wonder if our mudbricks will be around in 2000 years). 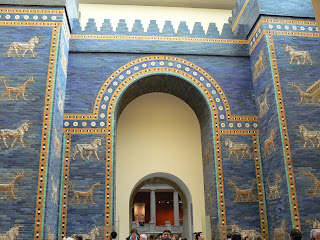 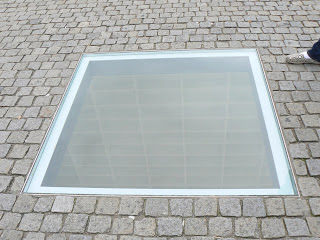 Memorial to the book burnings of 1933. A huge conflagration was held in this square. The glass panel in the paving gives a glimpse of a small room full of empty book shelves. 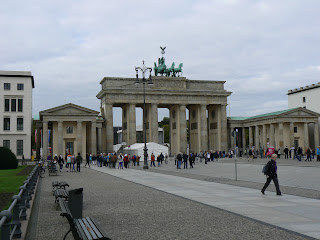 Brandenburg Gate- has become a symbol of German reunification. 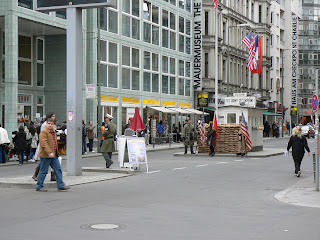 Checkpoint Charlie - the US controlled checkpoint for allied border crossing. All fake, but this is where it was. The original building is in a Museum. 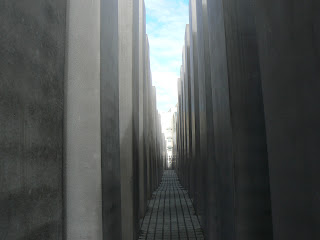 Holocaust Memorial to all European Jews lost. Takes up a city block very close to Brandenburg gate. 2711 concrete blocks of various sizes arranged in grid pattern, like a small city. Quite eerie deep inside -footing uncertain, don't know what is around corner, people appear & disappear in distance. A memorial for self interpreting. 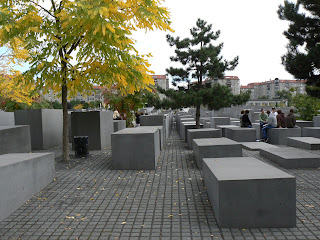 Edge of Holocaust Memorial. Some people think some blocks look like coffins. 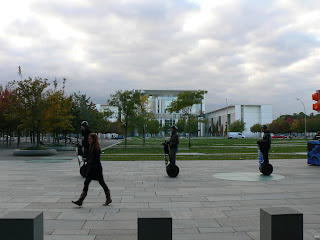 German Chancellery -with a few segways passing by. 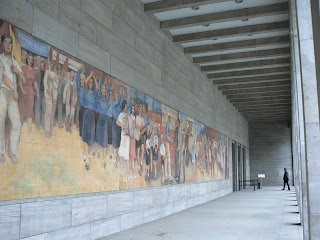 Formerly Luftwaffe HQ, then used by East German parliament. Now Taxation Office. Nothing good ever came out of this building. Still has heroic communist mural. 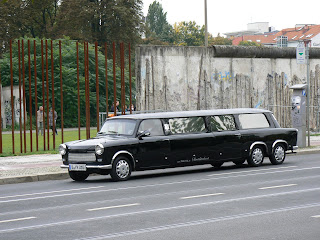 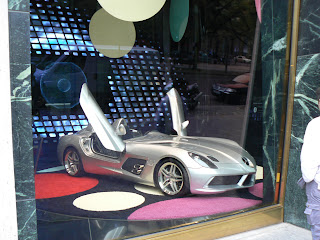 Sneak preview of the latest Mercedes- for those of you waiting for it's release.
Posted by b&jineurope at 12:02 PM

Email ThisBlogThis!Share to TwitterShare to FacebookShare to Pinterest
Labels: Berlin 2