I suppose it's fitting that we should end up in this extraordinary city which dominated the known world for two millenia. And of course there's no avoiding old stuff. There's plenty here which dates back to centuries BC. We've been getting around on the very crowded subway trains or on foot. Everything costs in Italy- including toilets and water with meals. Food is good and prices cover the whole range, so eating is no more costly than other places we've been. Public transport fairly cheap.
There's a lot of singing in the restaurant below. Someone has turned up with a guitar and accordian & the customers are going through all the usual Italian songs. Might have to shut the window. We have an early start tomorrow to fly to Istanbul for the end of our time in Europe. 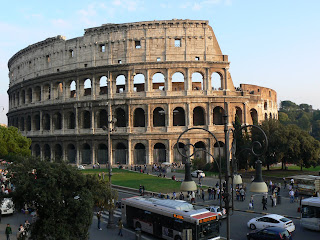 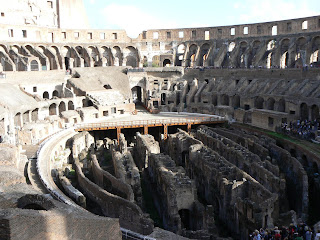 Inside the Coloseum, showing the substantial underfloor areas. They had pulleys & hoists to get items from these 2 underfloor stories up to the stadium floor. 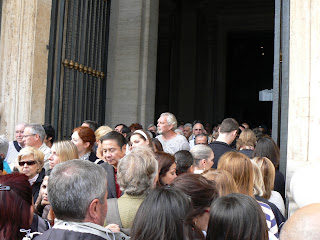 Went to the Vatican public areas. A bit of a bunfight getting into St Peter's Basilica, but it is a vast & opulent church & was worth the queueing. 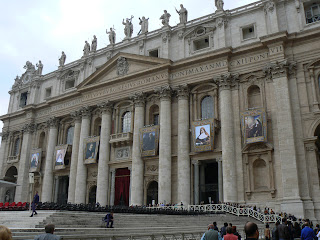 Front of St Peter's with the Pope's balcony. You'll notice the picture of Mary McKillop. 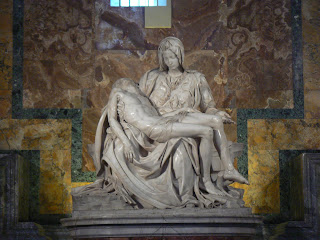 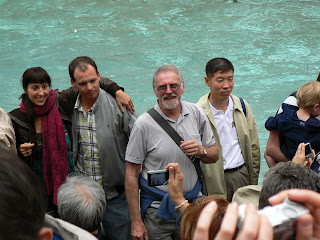 Barry at Trevi Fountain. Happy 'cos he's just got rid of some leftover Czech Krowns 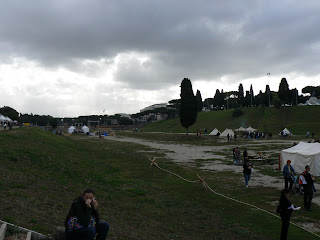 Circus Maximus, below Capitol Hill, the heart of ancient Rome. There was a re-creation of a Roman Military Camp at one end & lots of men & women running around in elaborate costumes. Must have been some sort of celebration or anniversary. 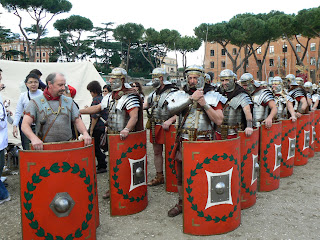 There was a Museum costume van nearby, so these costumes must have some historic value.
There were many different costumes with shields & banners for many different legions & cohorts. There was such attention to detail with things like sandals & tent pegs. Blacksmiths were also making things. 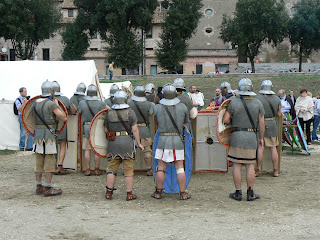 Chain-mail costumes. Don't know how often Roman men & women dress up like this on a sunday morning, but it was very impressive. 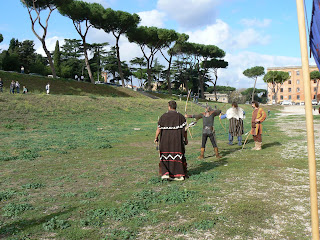 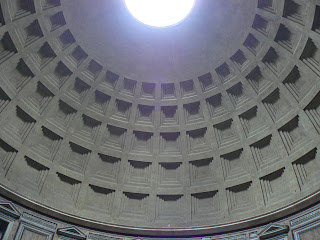 Pantheon- a temple to all gods. Now used for Christian purposes. Built in 1st century AD and still the largest un-reinforced concrete dome in the world. Those Romans knew a thing or two! 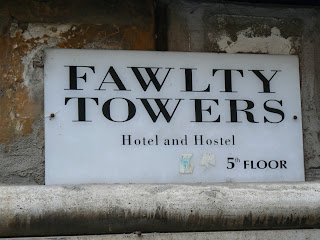 We've found it - in Rome!! Italian hotels are interesting. Can be very small (in our case in Rome - 5 rooms- and often family run) There can be many in the one building.
In Florence our hotel was on the 3rd floor and there was another on the ground & fifth floors.
Here in Rome we are on the 2nd floor, with a different hotel on ground & 3rd floors.
There's one across the road with 7 hotels in a 6 story building!! 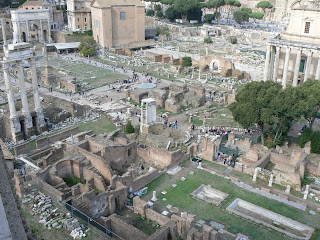 Capitol Hill- the centre of ancient Rome. A large site right in the city centre, next to Coloseum.
Much of it excavated, but very poorly interpreted & managed. Fascinating to see a place where so much recorded history has occurred. 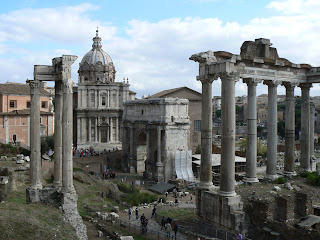 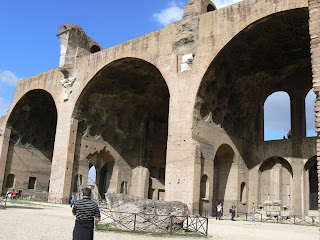 There are some amazing structures in there. 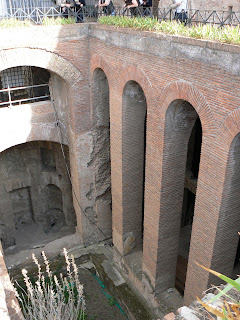 An idea of the depth of the excavations. 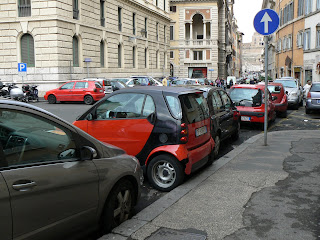 There are lots of these nifty little Smart cars here. They are a tad longer than a motor bike or scooter, and you often see them parking in motor bike spaces. But you also see them parked end-in in parallel car spaces, and they only jut out a little more than a car. They make good sense here where car parking spaces are difficult to find and the lanes are narrow & congested.
Posted by b&jineurope at 12:45 PM

Email ThisBlogThis!Share to TwitterShare to FacebookShare to Pinterest
Labels: Roma