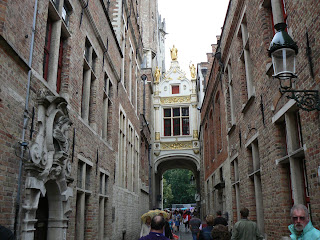 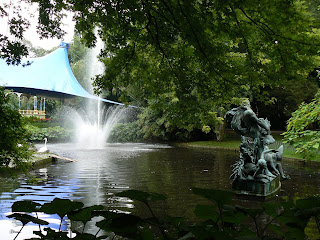 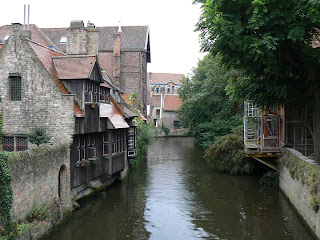 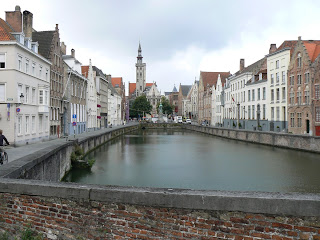 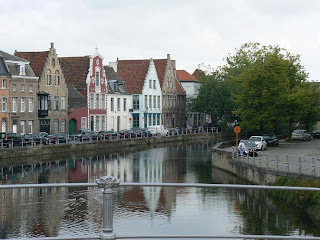 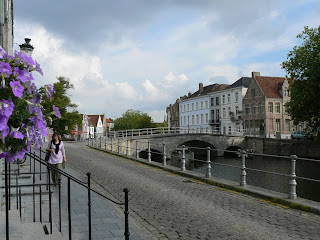 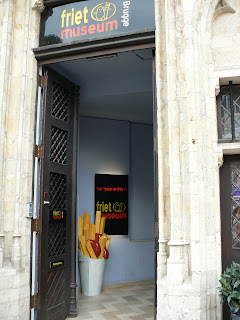 For Jim- there is also a chip museum!! We had to check that out! It was actually a pretty good Museum- told the story of the potato from it's origins in the Andes, introduction to Europe after Columbus, attitudes to it before it became a staple, examples of more varieties than you would believe existed. Lots of other stuff as well. The Belgians claim to have invented the friet, and love to tell that story too....say the name 'French Fries' was given by some US soldiers in WW2 Europe, mistaking some Belgians for French. And yes- there is a cafe where you can try some extremely good chips/fries/frites/friets. 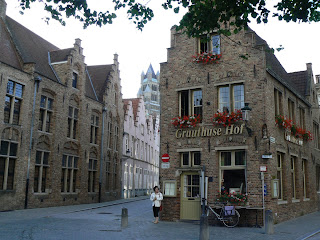 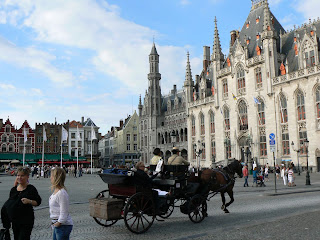 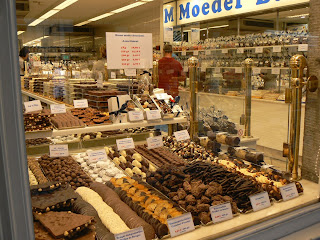 There's a lot of chocolate in Belgium 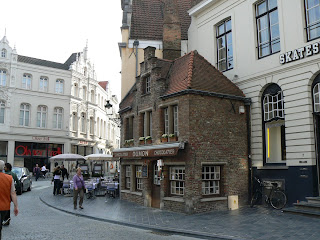 One of the quainter chocolatiers
Bruges/Brugge in Belgium is a medieval city a little bigger than Bendigo. A lot of buildings date from 1200's and all times since. A few are earlier- like a seventh century church! It has been a dominant river port for centuries with a charming canal system, and is still clearly an important textile area judging by all the shops selling lace & tapestries. More chocolatiers than you can poke a stick at - at least one in every block. They seem to have a lot of festivals here- beer festival, chocolate festival (of course) fries festival, Thriller festival (called the Poirot Festival of course) etc. There's some sort of festival on @ the moment and there are marqees & sound stages set up all over town & music till late. So it might be old but it's not dead. Lots of people here get around on bikes -it's very flat.
The whole city centre is a UNESCO world heritage area. The pictures will show why. We did the 366 steps up the town hall belfry to get a better view of it. If the sound of big cities like Paris & London is police & ambulance sirens, the sound of Brugge is the clip-clop of horses hooves over cobblestones. Quite charmed by it and it's cafes & beer shops & cheese shops & interesting Museums. We went to a hospital Museum among others. Also some galleries & more famous painters......J
Posted by b&jineurope at 12:44 PM