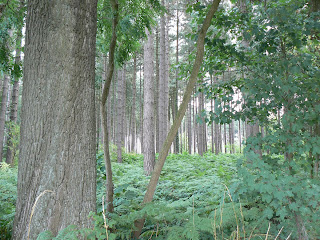 Polygon Wood, one of the places where Albert Jacka fought. 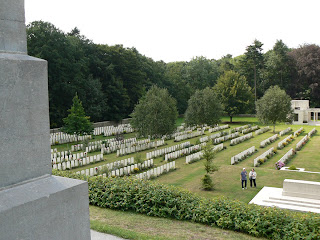 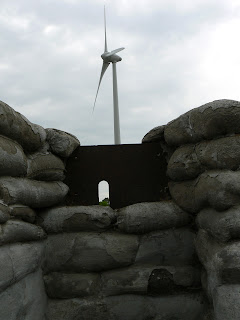 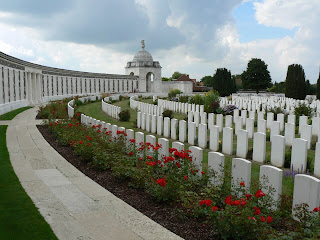 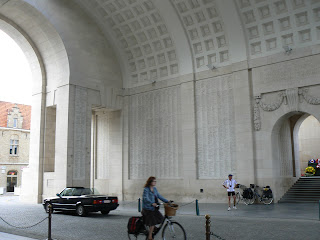 A small section (Australian) of the list of names of missing soldiers on the Menin Gate. The lists are endless, covering most wall surfaces. Every night since 1928 (except for WW2 years when Belgium was again German occupied) at 8pm the traffic is stopped & a bugler plays the Last Post to honour the soldiers who came from the ends of the earth and never went home. 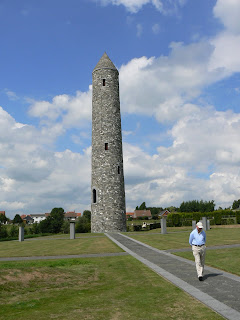 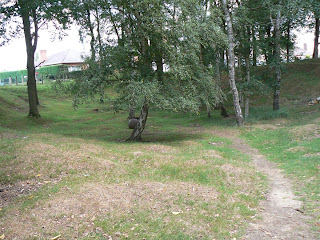 Crater hole still clearly visible at Hill 60 on Menin Ridge. This area has been left untouched as a memorial to all the tunnellers who died underground (German & Allies) and whose bodies were unrecoverable. 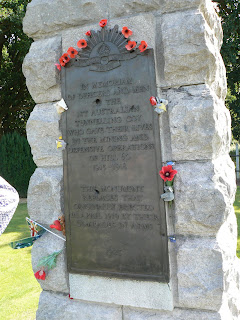 Memorial at Hill 60 to the 1st Australian Tunnelling Co. 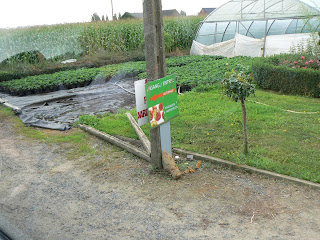 The Great War isn't over. Belgian farmers still dig up unexploded shells, mines & ammunition on a daily basis. They either put them on the edge of their fields or next to an electricity pole like this, & notify the Army, who collect them twice a week. It's dangerous work -after rusting there for 95 years they can be quite unstable. In 2007 a couple who found an unexploded shell were killed when it exploded. And farmers also regularly find gas shells, which are highly dangerous and need careful disposal. I heard about one farm where 600 gas cannisters were found.
So that war is still affecting these people and how they live their daily lives. And of course they still uncover human remains, which are re-buried in a nearby cemetery. Some are being identified using DNA technology. The last funeral was 3 weeks ago. 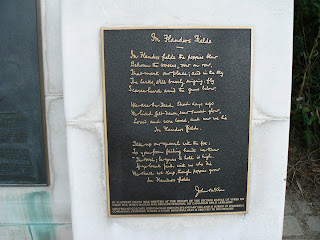 Well-known poem written in 1915 by Canadian Dr John McCrae
We did a tour from Brugge of the Flanders battlefield sites. There are 170 Cemeteries holding foreign soldiers in this area. And it's impossible not to be stunned by the size of some of them. Beautifully tended and restful places....J
Posted by b&jineurope at 1:23 PM