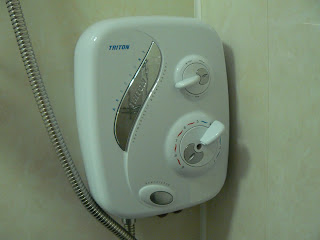 Shower in a shoe box. This is the gee-whiz shower control in our very little bathroom. There is an on/off button, temperature control & water pressure control. The other is just for decoration I think. But maybe I haven't got it sussed yet- maybe it makes coffee. 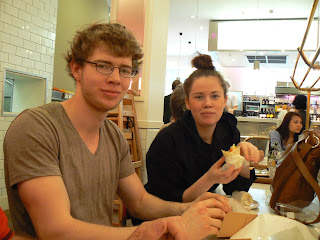 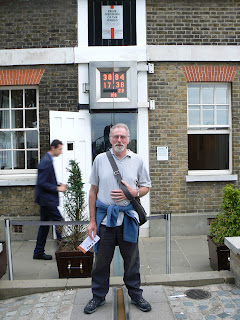 Barry at the prime meridian, Greenwich - with a foot in each time zone. 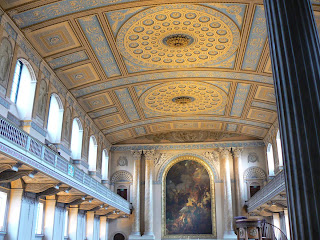 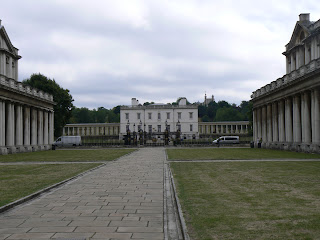 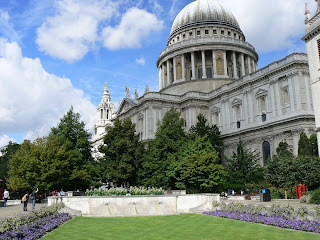 St Paul's. We didn't go in. When the Brit's charge for something they really charge! And there are so may stunning churches around. 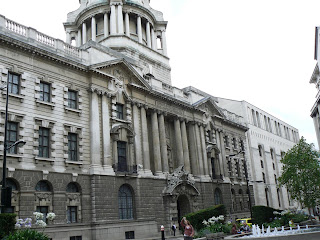 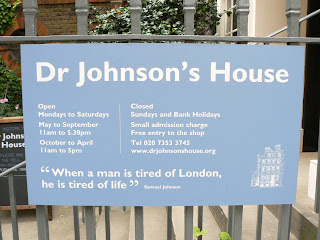 Found a few interesting places up lanes off Fleet St
Went to Greenwich by river for day. 3 Museums there- Naval College, Maritime & Royal Observatory. Chock full of info about England's maritime history and centuries of discovery.
Cook's diary from later voyage in Maritime Museum. Harrison's 4 clocks in Observatory Museum, which were instrumental in establishing quick & accurate method for sailors determining longitude.
Greenwich also more like a quaint sea port than a suburb of London.
'Cutty Sark' still under wraps for another year (after being damaged by fire a couple of years ago)
Caught up with niece & nephew Alison & Stephen for lunch before they went to Paris for 2 mths back-packing around Europe.
One more day in London. Then we will be on canal boat with Jill & Steve & crew. Probably won't have wifi signal so will have to continue blog after a week's interruption.....J
Posted by b&jineurope at 2:36 PM