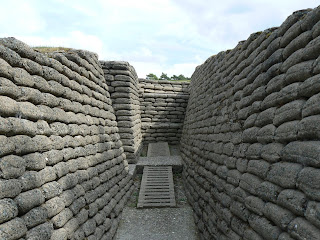 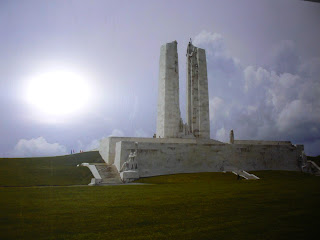 Extraordinary Canadian Monument @ Vimy Ridge, in a large park which was donated soon after WW1 by the grateful french to the Canadian people. It seems to have been left as it was, to clothe itself in vegetation. It is managed by Canada, and the visitor centre is staffed by Canadian students doing 4 mth stints on maintenance & leading tour groups. They have re-built some of the front line trenches and some of the communication trenches leading to command post 6 k's behind line are open & accessible. They also staff quite a good visitor centre. This monument was re-clad in early 1990's, using the original marble from Croatia. It was no longer available as the quarry there was long closed, so the Canadian Govt bought the quarry to provide the materials to do this huge job- that's how important it is to them. They seem to give this place 'birth of nation' status, as some Australians regard Gallopoli (although this was an astounding success & led to fundamental changes in military tactics)
This monument is sited just over the Ridge from the battlefield and is illuminated at night- it is really huge & can be seen from Belgium & Germany - how's that for giving someone the finger? 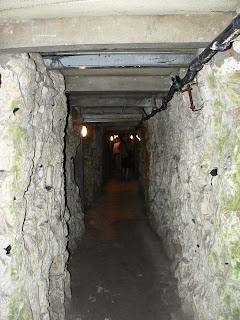 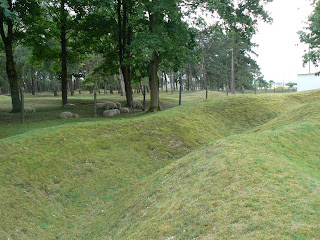 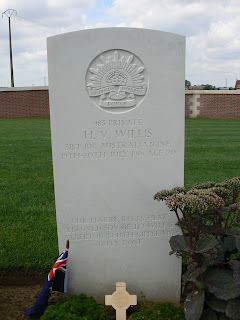 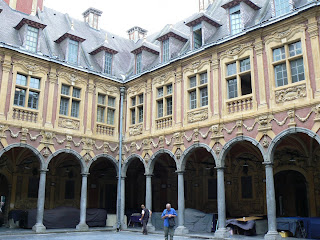 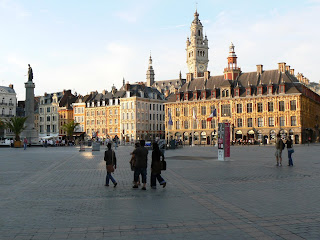 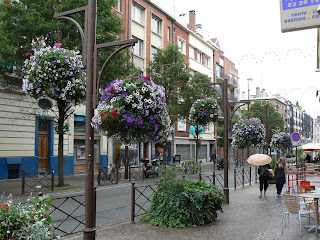 Even their hanging baskets are classy! 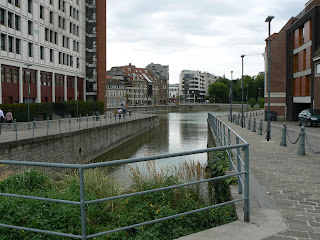 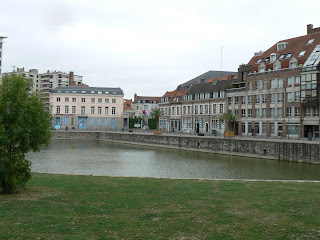 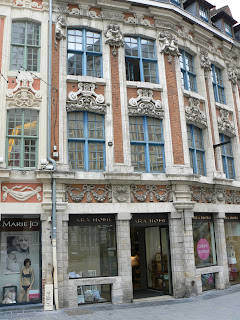 A building with cannon balls still embedded in it's wall. From 1792 when the Austrians tried to take back Lille (unsuccessfully). Referred to as the seige of 1792. 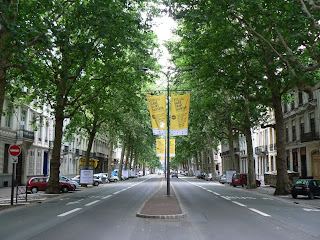 Attractive Boulevarde de Liberte, Lille
Caught TGV from Paris to Lille. Not sure how fast but very fast.
Lille is a prosperous & cultured city- about the size of 2 Ballarat's. Was an important river trading port with an extensive canal system. Also has in past been an important manufacturing area, particularly in fabrics, threads & laces. Now is centre of farming area & university/college town with quite a young population. Has been part of a few countries, but has been french since 1600's. & a lot of buildings in the old part of town date from then. Also now a stop on the Eurostar train line between Paris Brussels & London.
Attractive place & easy to get around in. Two famous sons are Charles de Gaulle & Louis Pasteur.
From here did a tour of some WW1 battlefields we have an interest in.
Lille was the first city in the world to introduce automatic trains- i.e. no driver. We had to try that. They have a glass wall with doors on the edge of the platform which coincide with the train doors, so passengers have no access to the platform edge. Went quite fast too.
Move on to Bruges in Belgium tomorrow for a few days, before coming back here to catch Eurostar on saturday......J
Posted by b&jineurope at 12:43 PM

Email ThisBlogThis!Share to TwitterShare to FacebookShare to Pinterest
Labels: Lille