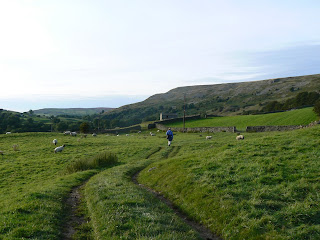 Yorkshire Dales walking. Much of it is done through fields with tiny gates or stiles allowing access. Stone buildings & walls everywhere.
We're here because Barry's gr grandfather was born in Reeth. Most of family here were lead miners or farmers. We found his gr gr grandparents grave in Grinton churchyard among the blackberries & stinging nettles. But no pain, no gain. Uncovered, cleaned & photographed it. Fairly degraded, but enough visible info to answer a couple of questions. Found a few other relevant graves too.
We stayed in 'Ivy Cottage' in Reeth, and I knew his gr gr grandmother was on the 1851 census as a 10 yr old at Ivy Cottage, Reeth. So we probably stayed in the same house.
This is a popular walking spot, and is on Wainwright's Coast to coast walk, so tourism is important now.
Reeth is a beautiful stone village around a green, which hasn't changed a lot from century to century. Grinton is very close and also very quaint, but smaller. 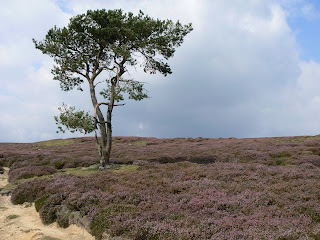 Heather growing in peat on Fremington Edge, one of the higher parts of the Dales. 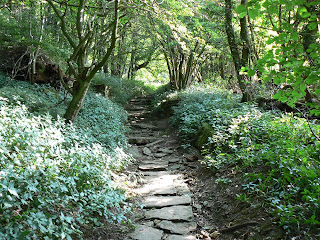 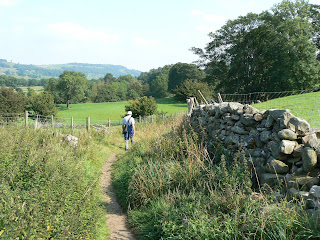 Barry walking along the Old Corpse Way, the path used by people in the Dales to bring their dead to the only consecrated ground at Grinton to be buried (probably some of his ancestors) 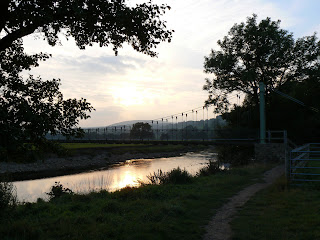 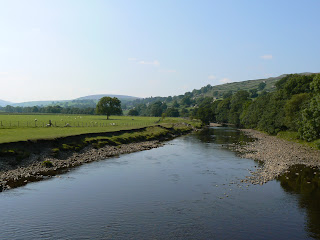 River Swale, Reeth (after which the area takes the name Swaledale) 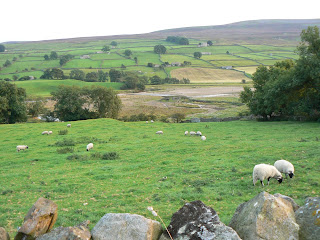 Typical Swaledale view.
The sheep & cows in the fields are used to people wandering through. 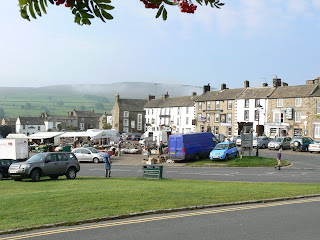 Reeth village green on market day- friday morning. There were stalls selling locally produced meats and cheeses.
We're managing to navigate around well enough by car. A few wrong turns are inevitable, and some of them are interesting. Anyway- Barry says it's easier to turn the car around than a canal boat.
Petrol here is about $2 per lt. The large motorways are a bit scary with the number of trucks and big roundabouts with many exit options. No time to be indecisive. And some of the country roads are so narrow without any edges, so recovering from mistakes can take some time.
But it's nice to have the freedom to go where we like & decide how long we want to stay there....J
Posted by b&jineurope at 8:16 AM